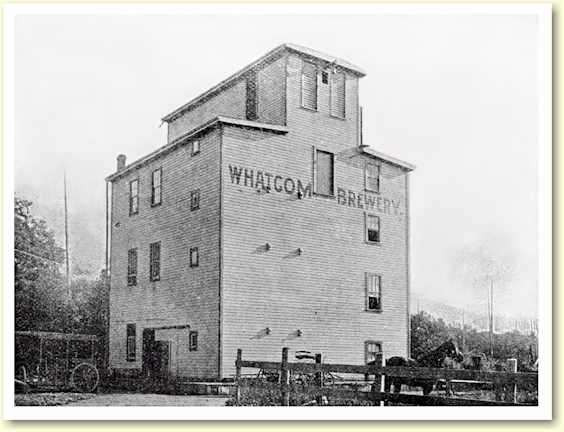 The Whatcom Brewery was established in June of 1899 in New Whatcom (now Bellingham). It what was then incorporated in September of 1899 with a capital of $40,000. The principals of the new firm were Fritz Grathwohl, pres., Ludwig Berg, manager, and Edward Lane, secretary-treasurer.

The venture was not an immediate success, as the small brewery had to deal with established regional products carried in local saloons like Rainier Beer and Pacific Beer, as well as nationals such as Anheuser-Busch's Budweiser Beer. But a newspaper article published on 29 June, 1899, painted a rosey picture.

"The new brewery at Whatcom Creek, Wash., is now running full blast and is making an excellent quality of beer. The machinery of the plant ia all run by electricity, and with a five ton compressor they make all the ice necessary for their own use. The capacity is 20 barrels a day, and eight to ten men are kept busy. The new enterprise has a clear field in that part of the country, the nearest other brewery being Seattle."

The An 1900 ad (below) promoted Washington hops, and urged patrons to buy locally to further Whatcom county prosperity. 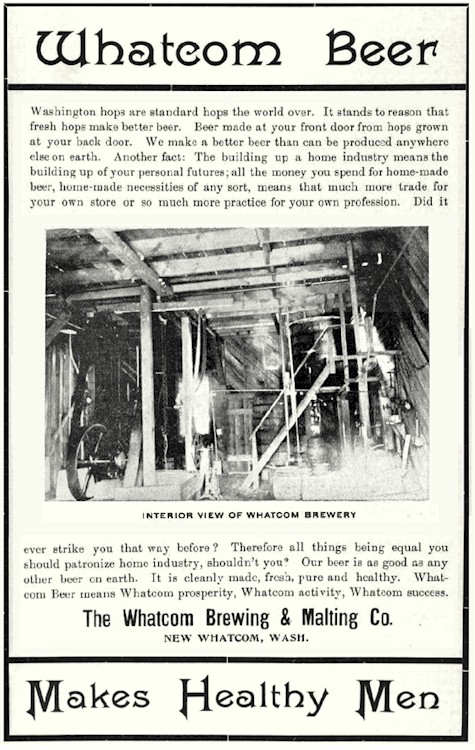 In spite of pleas to "buy locally", or perhaps due to the quality of his beer, the business remained unprofitable. On 16 April, 1902, after struggling for 2½ years, Grathwohl sold out to a group of Bellingham businessmen for $20,000. He then relocated to Oroville, WA, where he established the Oroville Brewing Co. which had a six year run.

The new owners consisted of the brewery's superintendent, Stanislaus T. Zynda, plus liquor dealers, who had control of ten, area saloons. It appears that Zynda was an agent for Leopold Schmidt, owner of the Olympia Brewing Co., who was orchestrating this takeover. His behind the scene maneuvers sought to eliminate local competition, and to secure ten outlets, or "tied-houses" for sole distribution of his beer that would soon be produced in a new plant nearby. 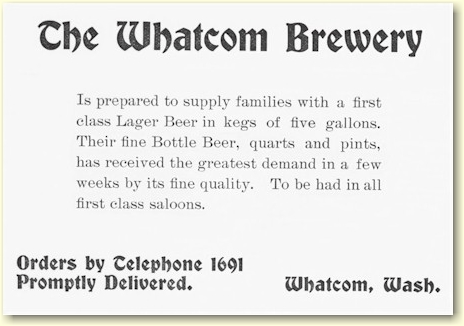 A year later, in June 1903, Zynda travels to Salem, OR and purchases the city's Capital Brewery & Ice Works for $75,000. The following month the brewery is incorporated as the Salem Brewery Assn., with L. F. Schmidt, president, and S. T. Zynda, Secretary and manager.

The Whatcom Brewery, under Schmidt's direction, invested in improvements and initiated an aggressive advertising campaign. It was now at full capacity and enjoying an increased demand for its product. 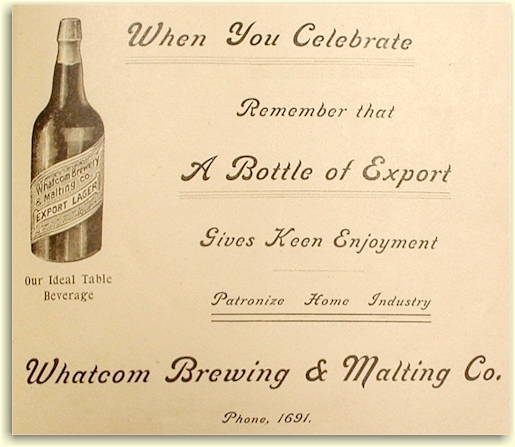 On January 13, 1903 Schmidt went public with his takeover, and after only nine months, the revitalized Whatcom Brewery was absorbed by Schmidt's new Bellingham Bay Brewery. A number of stockholders invested $50,000 in 3-B for part of their pre-arranged buyout. 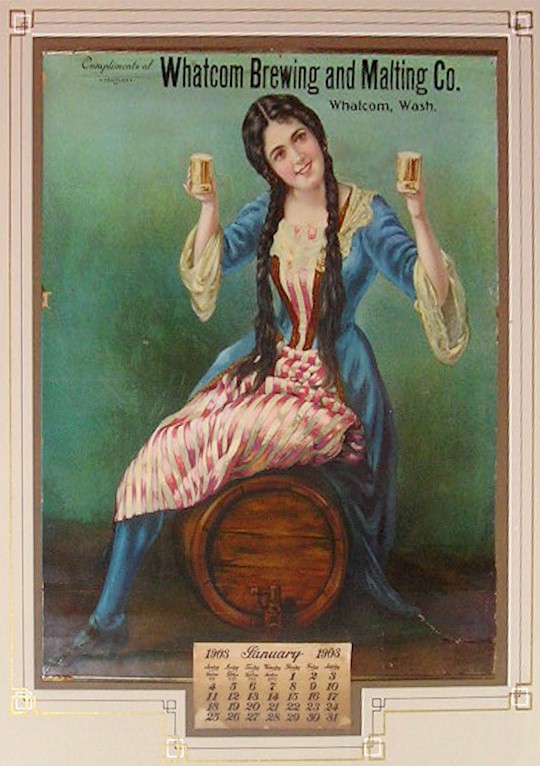 While Whatcom Brewing & Malting had a fair share of the local beer market, its greatest asset was its two 50 ton ice machines. It had the capacity to meet the entire ice needs of the area, so after the merger, the brewery's ice works and cold storage continued to be utilized, but its Whatcom Beer production ceased, with 3-B Beer remaining the sole product of the combined businesses.

In 1925 the old brewery was sold and the structure later burned. It was located at 2103 Iowa St., now part of Bellingham's auto row.

For any comments, additions, or corrections -
or for brewery collectibles you wish to sell - please contact me:

All contents including images are copyright by BreweryGems.com
and can not be used without permission from Brewery Gems.
Copyright © 2008 ~ All Rights Reserved.