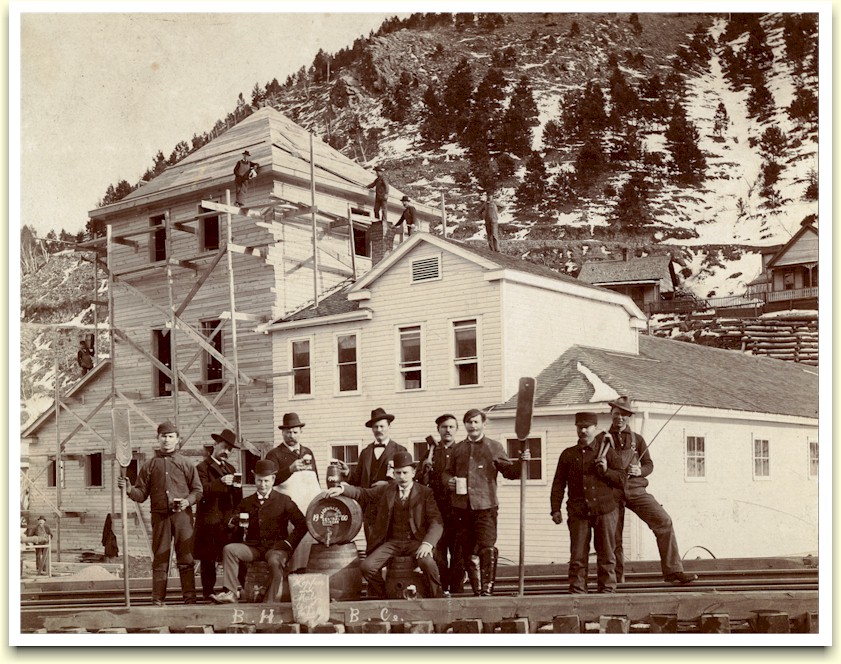 Cap lifter or "church key" ca.1912. It was meant to be placed on a key chain and had the additional feature of a Prest-O-Lite key. This square hole served as a wrench to open the valve on carbide tanks located on the running boards of early autos. When the valve was opened, it supplied gas for the headlights.

"Pierre, Apr. 2--(AP)--South Dakota brewery files incorporation papers at Pierre. April 2, articles of incorporation has been filed with the Secretary of State for the Black Hills Brewing Co. of Central City, capitalization for $150,000.  The incorporators are; Joe E. Brown and Merrill Kempfert of Deadwood; Ed A. Johnson of Central City and E. H McCaugherty and Lloyd McCaugherty of Lead.  The Company has not yet secured a license to operate."

However, in spite of their best laid plans it appears that this project also failed and the brewery remained derelict. Years later a highway project forced the demolition of the structure, and only a partial stone wall is left to mark the spot were the old Black Hills Brewery once stood.

¹   Armin Neubert left the Black Hills and removed to his property near Great Falls, Montana, where he pursued ranching and wheat farming. After few years he turned the ranch over to his son, Armin, Jr., and retired to Santa Cruz, CA. But he didn't stay retired. With the end of Prohibition eminent, he was enticed to lend his engineering skills in the rebuilding of the old Salinas Brewery, not far from his home. With the opening of the

Salinas Brewing and Ice Company in 1934, Armin was again working in the industry that he loved - (see his biography).

All contents including images are copyright by BreweryGems.com
and can not be used without permission from Brewery Gems.
Copyright © 2004-2012 ~ All Rights Reserved.