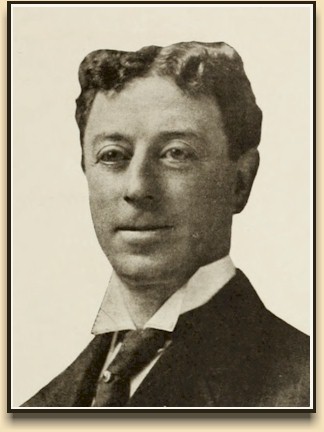 The following is from "An Illustrated History of the State of Washington"
by H. K. Hines; Lewis Publishing Co., Chicago, 1893

"S. S. Loeb is president of the Milwaukee Brewing Company of Tacoma, incorporated with a capital stock of $35,000, all paid up. The present officers of the company are S. S. Loeb, president, and A. Weinberg, secretary and treasurer. The brewery was formerly called the United States Brewery, and was organized by D. Stegman and M. Karcsecte. The latter sold out to John Frazier, who continued in the business till May, 1891, when the present firm bought out the concern, reincorporated and formed the Milwaukee Brewing Company. The plant was a small one when they first bought it, the output being only forty-two barrels per day. The capacity has been increased until it is now 125 barrels per day. Their trade extends throughout the Sound country.

Mr. Loeb, the president, was born in Ligonier, Indiana, on the 4th of September, 1862. He was the son of Simon Loeb, who was a prominent brewer. The subject of this sketch was reared in Chicago, where he went when a child. He became concerned in the cigar business with Ruhe Bros. (Allentown, Pennsylvania, and Chicago), and later traveled for the same firm, with whom he continued for four years. He then worked four years for Schloss, Ochs & Co., wholesale gentlemen's furnishers. In 1889 he came to Tacoma and engaged in the wholesale liquor business, which he continued for three years, when he closed out that business, and has since given his attention to the brewing business.

Mr. Loeb was married November 18, 1890, to Miss Blanch Moses, a native of Gallipolis, Ohio. They have one child, Sidney.


In 1897, four years after the foregoing was written, Samuel sold the Milwaukee Brewery and merged it with the Anton Huth's Puget Sound Brewery, forming a new enterprise - the Pacific Brewing & Malting Company.

In 1899, Pacific purchased the Donau Brewery and closed the Milwaukee plant. Loeb continued with his other business interests in Tacoma, as well as holding a minority interest in Pacific. As late as 1901 he was still secretary of the company. But by 1902 he and his partners from the Milwaukee Brewery decided to actively re-enter the brewing business.

They organized an investment company to build a brewery in Seattle. They named the new venture the  Independent Brewing Co.  In mid-April of '02, construction was well underway when a fire broke out. Despite the efforts of the Rainier Volunteer Fire Brigade it could not be contained and the frame structure burned to the ground. While this was a major setback the investors regrouped and the plant was rebuilt.

By early 1903 they were in production. In october of the following year the investors incorporated the company. The principals in the new company were Samuel Loeb, Herman Klaber, and Benjamin Moyses. Albert Weinberg, Samuel's brother-in-law, was also a part of the company, just as he had been in the Milwaukee Brewery.

The brewery flourished in spite of the major competition with Seattle Brewing & Malting's popular "Rainier Beer." In 1910 "Old German Lager" was introduced and well received in the Seattle area, and even found a market in San Francisco.

Samuel's numerous enterprises and real estate holdings had made him a millionaire. A cartoon from a 1905 Seattle publication (below) reflects the image that Samuel projected.

In 1906, the Seattle Brewing & Malting Co., purchased controlling interest in Samuel Loeb's brewery, but he remained in the management position. The brewery had become second in sales behind SB&M so became a target for the takeover.

The Loebs decided to build a home in keeping with their wealth and social status. They erected an imposing Tudor Revival, brick and half-timbered Mansion on Millionaires’ Row. It was completed in 1914 but as it turned out, they would not be able to enjoy their new home¹.

While the brewing business was booming, it was not to last. In November of 1914, state-wide prohibition was approved by the voters, to take effect January 1, 1916, giving the brewers one year to dispose of their stock and cease production. Some attempted to shift production to other products, but Samuel chose to close his Independent Brewery.

Loeb decided to relocate to San Francisco, as did the parent company, Seattle Brewing & Malting, in the belief that Prohibition would never be approved nationally. A new Rainier plant was built, but Samuel decided to skip the production phase in favor of marketing his beer.

In 1915, the Old German Lager Brewing Co. was in business. Loeb leased part of the plant of the Oakland Brewing & Malting Co. to produce his "Old German Lager," a beer already familiar to San Franciscans. He was assisted by his son, Sidney, who served as the company's vice-president, while Samuel assumed the position of president.

By 1918 Loeb dropped the word "German" from the firm's name, no doubt due to the anti-German sentiment from the war in Europe. So it was now the Old Lager Brewing Co., and their beer became "Old Original Lager" but with an identical brown label.

Of course national Prohibition was voted in, and to keep their plants operating many brewers shifted production to either soft drinks or near-beer. Samuel chose the later. He struggled along with this product for four years, but in 1924 he closed the business for good.

Samuel retired, and he and Blanche moved to the warmer climes of Los Angeles, where Samuel became a real estate broker. 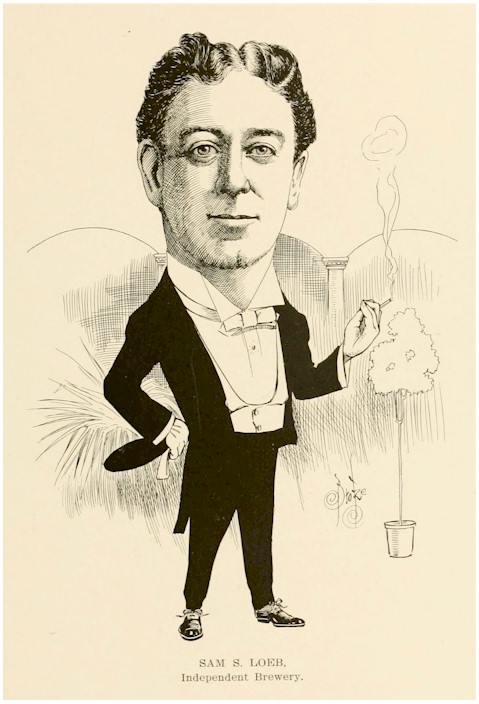 ¹ In 1917, Loeb sold his mansion to Alexander Baillie, a Scottish immigrant who introduced golf to the western United States.

Today the mansion is known as the Baille Shafer Mansion, Bed & Breakfast, at 907 14th Ave. E., Seattle. While it's not called the Loeb Mansion, the owners have the history of the mansion, and it's builder, displayed with some breweriana from Loeb's Independent Brewing Co.

A special thank you to Deb Freedman, Tacoma historian, who provided additional information on Samuel and the Milwaukee Brewery.